2013 is quickly approaching and we’re taking a look back through our 2012 releases! 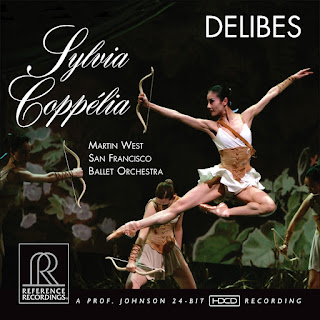 Extended Suites From the Ballets

Producers Victor and Marina Ledin’s 2012 portfolio (including Delibes: Syliva and Coppélia) has been nominated for the 2013 Producer of the Year (Classical) GRAMMY Award! 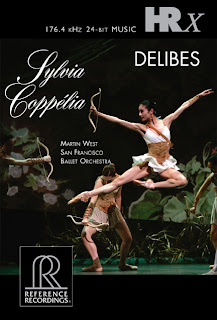 “Both scores receive first-rate performances… [Martin West] obviously knows the scores like the back of his hand… As such, both Coppélia and Sylvia are performances of grace and elegance… [Keith] Johnson captures his usual glorious sound.” —Anthony Kershaw, Audiophilia.com

“The beautifully full and rich Keith Johnson recording will please most music lovers with not even a hint of harshness or distortion to be heard.” —Karl Lozier, PositiveFeedback.com

Engineer Keith O Johnson’s results befit the label’s audiophile status, creating a sonic space that merges the immediacy of a dance hall with the vibrancy of a concert hall.” — Ken Smith, Gramophone Magazine

The Reference Recordings bass drum has massive impact…The Reference strings are silky sweet, and I have never heard a triangle reproduced with such clarity and focus. The famous saxophone solo in the “Barcarole” must be heard to be believed…you are not likely to hear a better-recorded performance of these extended suites” — Arthur Lintgen Fanfare Magazine

Buy Sylvia/Coppélia during our Holiday Sale and Save 20% on your order with the purchase of one other recording!