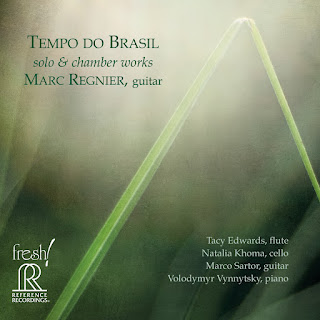 Marc Tempo do Brasil gets a recommendation from American Record Guide in their November/December 2015 issue: