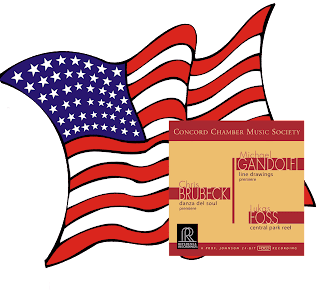 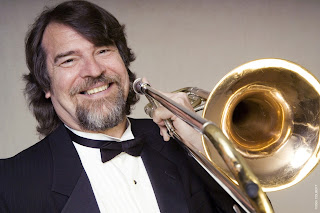 Christopher Brubeck continues to distinguish himself as an innovative performer and composer. During the 70’s he began touring and recording with his father, Dave Brubeck. Chris plays bass, trombone, piano, guitar and sings and, in the past few decades, has earned international acclaim as composer, performer and leader of his own groups. On stage, his irrepressible enthusiasm is matched by his fluid command of jazz, blues, folk, funk, pop and classical musical styles. An award-winning composer, he is clearly tuned into the pulse of contemporary music. The respected music critic for The Chicago Tribune, John von Rhein calls Chris: “a composer with a real flair for lyrical melody–a 21st Century Lenny Bernstein.”

Michael Gandolfi’s earliest musical involvement was in rock and jazz improvisation beginning at age eight as a self-taught guitarist. As his improvisational skills developed he became increasingly interested in music composition and began formal study in his early teens.

He received the B.M. and M.M. degrees in composition from the New England Conservatory of Music, as well as fellowships for study at the Yale Summer School of Music and Art, the Composers Conference, and the Tanglewood Music Center.

Lukas Foss was a German-born American composer of mostly stage, orchestral, chamber, choral, vocal, and piano works that have been performed throughout the world; he was also active as a conductor.