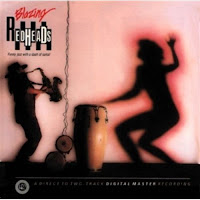 Sunday, August 26th is Women’s Equality Day which marks the anniversary of the 1920 passage of the 19th Amendment to the Constitution, granting women the right to vote (click here for more information).

Reference Recordings was started in 1976 by one man, founder Tam Henderson, who produced almost all its releases until very recently. He quickly collected genius recording engineer Keith O. Johnson, and the magic blossomed. But women took on critical roles very soon — and are still here! In the recording industry today, by most estimates, women represent less than 5 percent of producers and engineers industry-wide, and are underrepresented in all other areas. Not at RR, and increasingly, not at other high quality labels either. Reference Recordings’ Janice Mancuso and Marcia Martin have both worn producer’s hats on our projects, as well as handling all the sales and publicity for the company, and all our cross-pollination with the high end audio industry. We support and applaud the increasing role of women in all areas of the music and audio business! 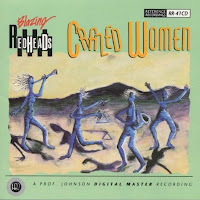 The early days of Reference Recordings were full of great projects and much enthusiasm. The women in The Blazing Redheads (now all working in different bands or careers) are supremely talented, full of great ideas and energy. It was a hoot to make both the albums we did with them. We remain friends with several of these outstanding artists to this day.

These were some of our earliest studio recordings (we record mainly in concert halls), and along with the energetic performances and catchy melodies, we were extra happy with the variety and accuracy of percussion and instrument sounds Keith Johnson captured. You’ll hear great clarity and lots of texture in these albums. Enjoy!

Purchase these featured releases on ReferenceRecordings.com!


Listen to “Cha Cha Slippers” from The Blazing Redheads on RR Radio:

Listen to “Crazed Women” from The Blazing Redheads on RR Radio: