This Valentine’s Day the Dallas Wind Symphony will give a world premiere performance of George Gershwin’s Rhapsody in Blue featuring guest artist George Gershwin on the piano. 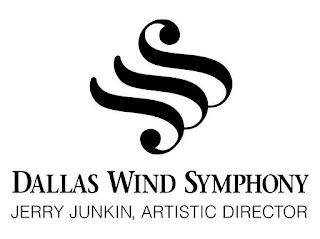 The genius of George Gershwin comes to life at the Dallas Wind Symphony’s concert, A Gershwin Valentine, February 14 at the Meyerson Symphony Center. With all-new arrangements of Gershwin’s beloved songbook, and a unique technological partnership that returns Gershwin’s own piano artistry to the stage, this Valentine’s Day concert promises to be a romantic evening for the ages.

The Dallas Wind Symphony has partnered with Zenph Sound Innovations and the Yamaha Corporation of America to recreate Gershwin’s own piano interpretation of Rhapsody in Blue.

The Zenph Re-Performance with the Dallas Wind Symphony is a world premiere. This performance closely resembles what it would be like to go back in time to June 1924 when George Gershwin made his famous audio recording on two 78 rpm sides with the Paul Whiteman band.

Here are the differences between this high-definition re-performance (based on the 1924 audio recording) and those that were made based on Gershwin’s low-resolution 1925 piano roll:

Zenph Re-performance with the DWS

This performance is not based on the piano roll. Gershwin’s solo part is re-performed using a Yamaha Disklavier PRO concert grand piano. The data that drives this re-performance has been built by Zenph’s team starting with the June 10, 1924 accoustical recording that Gershwin made with the Paul Whiteman band. The Dallas Wind Symphony is playing from the 1924 parts as originally orchestrated by Paul Whiteman’s arranger, Ferde Grofe. Zenph’s data precisely describes, in computer terms, how a musician originally played in a recording. Its software-driven, human-assisted process extracts the musical nuances, gestures, keystrokes, and pedaling of a recorded performance with micro-timing precision. This high-resolution data can be played back on real acoustic pianos fitted with sophisticated computers and hardware, letting the listener “sit in the room” as if he or she were there when the original recording was made.