Dawn To Dust: A Tale In Three Stories

Embarking on a recording project of a world premiere performance is always a very special journey. There is the excitement of being a witness to history unfolding: A new piece of music will be performed and heard for the very first time. One even feels a little proud of being part of that “making history”: Making the first recording of a new piece of music, as opposed to recording, say, a Beethoven Symphony for the x-hundreds time. And then, of course, there is a tremendous amount of curiosity: How will the music sound? Will it be tonal, a-tonal or somewhere in between? How melodic will the piece be? What overall formal structure did the composer choose? And on, and on.

This also was the case with “Dawn to Dust”, but even more questions arose. The album was to contain not just one, but three world premieres: EOS by Augusta Read Thomas, Control by Nico Muhly and Switch by Andrew Norman. All three compositions were commissioned by the Utah Symphony Orchestra in celebration and commemoration of its 75th anniversary. While this circumstance alone gave enough justification to combine these three pieces on one album, how well would the pieces go together? How would the overall flow of the album feel? At the time the idea was born and the decision taken to combine this repertoire on one disc only EOS was taking its final shape, while the other two pieces were still far from being finished. Thus it is quite remarkable how the three compositions complement each other and build a coherent whole. 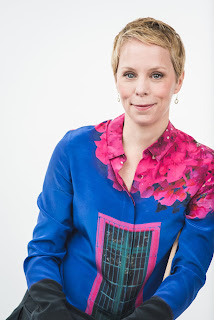 Let’s look at the individual pieces from the vantage point of storytelling. Each composer tells us a story (or stories) and uses that as a springboard for their inspiration. Augusta Read Thomas tells us the story of EOS – Goddess of the Dawn. Since, as she confesses, “Greek mythology and dance are two of my lifelong passions”, EOS is conceptualized as “A Ballet for Orchestra” in seven scenes or tableaus. It is however composed through without pauses. We accompany Eos at the beginning of a new day and watch how she prepares for the sun to rise, drives in her chariot across the sky, welcomes the fresh morning air and so on, until in the end she gives thanks for the new day.  Augusta uses this frame to organise her musical structure so that certain motivic elements appear throughout the whole piece in varied form in similar circumstances of the story. For example: The rhythmic activity on a repeated single pitch in the first solo violin at the beginning of the piece, ever so slightly disturbing the quiet of night before the first sunrays appear in the flute, reappears not verbatim but in principle in the third scene, Shimmering. And the whole piece culminates in Sunlight in a similarly animated cluster at the very end. 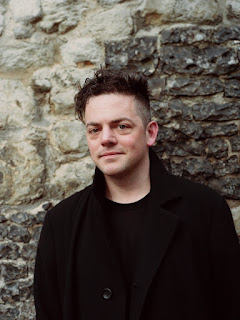 In contrast, Nico Muhly’s Control feels more like a collection of descriptive essays.  As Nico himself tells us, ”Control is a sequence of five episodes describing, in some way, an element of Utah’s natural environment, as well as the way in which humans interact with it.” Each of these episodes is self-contained, its own short movement. The atmosphere created in each reflects the chosen topic. It develops and transforms, but never leaves the overall mood of the episode – rather looks at it from different angles. The second movement, Mountain, for example is mostly based on three elements: long, held, shifting chords in the strings; a melody line (sometimes lines) starting in the solo viola and winding through other instruments until it ends in the tuba; and last but not least various colorations such as short woodwind punctuations, ricochet figures in the strings and harp and celeste arpeggios. 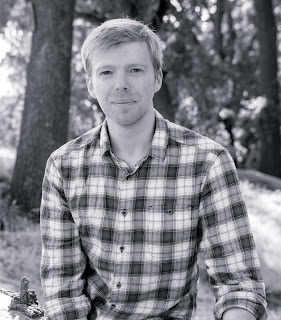 In Andrew Norman’s percussion concerto, Switch, we enter a completely different world and story: A hero’s quest. Andrew explains, “Switch is a game of control. … The soloist, dropped into [a] complex contraption of causes and effects like an unwitting protagonist of a video game, must figure out the rules of this universe…” Like EOS, Switch is composed in one movement. Nevertheless, it has very distinct sections, or “channels” as Andrew calls them, relating to each other, developing and modifying as our hero finds his way through his trials.  An event in the percussion always triggers the same (or almost same) reaction in the orchestra throughout the piece, but the order and combination of events constantly changes, and only after our protagonist has found the right sequence of cues he unlocks the climax of the piece.

While it seems to me that EOS tells its story from an observing third eye perspective and Control invites us to reflect on certain topics, Switch feels highly interactive and as if the soloist almost takes the listener “along for the ride”.

So here we arrive at our complete album, and inadvertently it has gotten its own storyline. Beginning with the sunrise of a new day in EOS (the description of a natural phenomenon through ancient mythological gods), we contemplate about our natural environment and us humans in it, until we squarely land in the 21st century as the protagonist of a videogame trying to navigate a labyrinth of challenges, some handed to him by nature, some of his own making. This might be a little far-fetched, but an intriguing thought nevertheless.

Congratulations to the Utah Symphony and its music director Thierry Fischer on the orchestra’s 75th Anniversary!