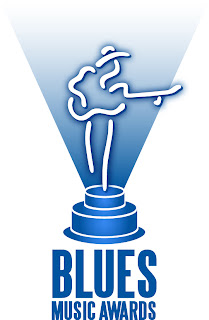 The Blues Foundation has released their 2013 Blues Music Awards nominees, and there is a familiar name up for Acoustic Artist of the Year — Doug MacLeod!

Doug MacLeod will be releasing his next recording, There’s A Time, on Reference Recordings in March 2013, and he isn’t the only artist on the coming CD on the list. There’s A Time drummer, Jimi Bott is nominated for the “Instrumentalist – Drums” award!

So congratulations to Doug MacLeod and Jimi Bott!

Buy Doug MacLeod’s first RR release Brand New Eyes and our newest blues release Doin’ What It Takes by Lloyd Jones together during the RR Holiday Sale and save 20% on your order!