Doug MacLeod Talks with Blues in the South 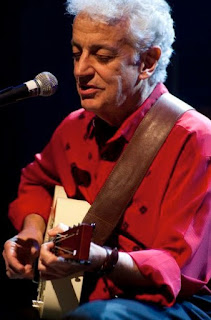 Blues In The South magazine’s Ian McKenzie interviews Doug MacLeod. Below is an example of the exchange, but find you can find the full interview online on BluesInTheSouth.com!

Ian McKenzie: Let’s also move back just a little bit again to your acoustic playing, because – I think it was for five or six years, Doug, that you were nominated as the acoustic artist of the year in the Blues Foundation Blues Awards, and every year you failed to make it – which must have been an awful experience for you, I would guess.

DM: (Laughs) Not really. I mean you get disappointed. You hope that maybe you’d get it but – when I won the two awards in 2014, that was really nice. It makes up for times – but seriously, when you think about it, now maybe because I’ve won two of them I can honestly say that I’ve been on both sides of the fence here. You know – I’ve won ’em and I’ve been nominated and not won ’em – I can honestly say that when you hear folks say that when you get the nomination, that’s quite an honour, because you’ve got to remember – they’re only nominating five people. And that means that even if you don’t win it – you’re still in some pretty good company.

IM: Yeah, yeah – it’s like an accolade itself isn’t it.

DM: People say that when they don’t win and a lot of folks say – well that’s so they can feel a little bit better about it, but honestly – because I’ve been on both sides – I really think that – yeah – it’s just as much an accolade to be nominated by them.

IM: Yeah. I think that the album that you made – is it called ‘There’s a Time’? Is that the one that was done in the round? Where you all recorded in the same studio at the same time – into I think probably one mic or something like that wasn’t it?

DM: (Laughs) No – there were more mics, but it was in that principal, Ian. It was that idea that – the last two albums that at the time had been recorded exactly like this – in a circle, with no headphones, no overdubs, no pitch control – none of that. It’s just us playing the music.

IM: Well I do have to say that from my perspective as a DJ it sounds absolutely fabulous. It’s magical music. I just love it.

DM: Well thanks Ian – I appreciate that.

IM: Have you got any plans to go back into the studio? It’s only just very recently that ‘Exactly Like This’ came out. Are you doing anything else?

DM: Well – I’m always writing and I have the songs for the next one. But I think what’s going on is that ‘Exactly Like This’ is doing pretty good – so I think what they want to do is – you know – keep that going. And we’ll probably talk about doing another record towards the end of the year.… 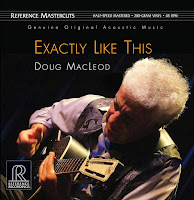 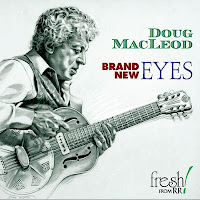