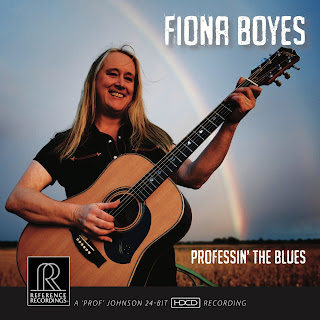 Recently I moved to a very beautiful, but flood prone, area on the mighty Clarence River in NSW, Australia. The wetlands, river and sea define the place and it seems that everyone here has a flood story. Drinking wine and admiring local artist Wayne Gilholm’s work, I asked him about recurring themes in his paintings. He simply said, ‘I like angels and boats’. This song was written on his front porch at Palmer’s Island, looking out at the river.

Fiona Boyes plays “Angels and Boats” from her upcoming Professin’ The Blues recording live at the National Theatre, Braidwood NSW: