Want to hear a preview of The Kansas City Symphony’s new Saint Saëns: Symphony No. 3 “Organ” recording? Tune into Kansas Public Radio this morning around 10am Central (US) time! 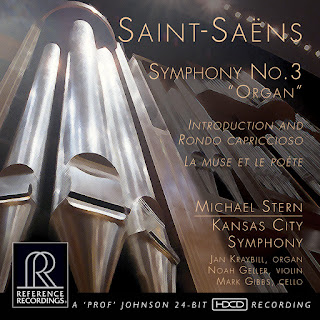