Looking Ahead to the DWS Ticheli Release 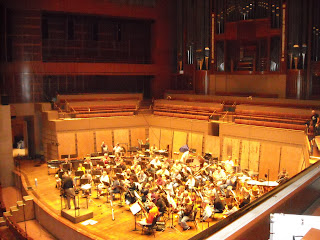 RR and Dallas Wind Symphony fans might feel like they’ve still got a while to wait for the next DWS release featuring music by Frank Ticheli, but we’ve got nothing on the anticipation already building for the upcoming Frank Ticheli Festival in England in 2014. Take a look at Mr. Ticheli’s preview of the festival:

Here’s a look at the Ticheli recording sessions from the recording room: