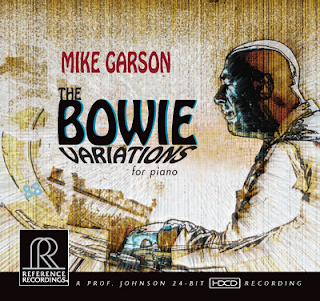 January 8, 2017 will feature a series of performances around the world in honour of what would have been David Bowie’s 70th Birthday. The “Celebrating David Bowie” event in London will be led by Gary Oldman and former David Bowie band members, including RR artist Mike Garson!

More information is available on TheGuardian.com

Mike Garson in the notes for his RR recording The Bowie Variations: “When I met David, I sensed that he was an immense artist and a songwriter with a flair for great melodies and unique harmonies. The Ziggy Stardust tour changed the course of my life in many ways and began a working relationship and a special friendship that has spanned four decades.”

Having played the Bowie songbook in concert countless times, Garson always had the ambition to record his own original variations on these well-known themes.

The Bowie Variations with the Original David Bowie recordings on Spotify