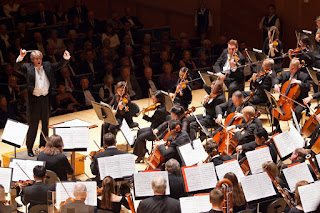 “Reference Recordings is not one of the larger classical recording labels, but to cognoscenti it’s one of the finest. Founded in 1976 by John “Tam” Henderson and Keith O. Johnson, the label is devoted to quality, not quantity. Many of them have been nominated for and earned Grammy Awards. Johnson has received seven nominations for Grammy engineering awards. In 2010, the Kansas City Symphony began recording for Reference, and right out of the gate its recording of Benjamin Britten’s “Young Person’s Guide to the Orchestra” won a Grammy for best surround-sound album. Since then there have been three other Kansas City Symphony releases, with more in the pipeline. Coming up next, Reference will record the Kansas City Symphony’s performance of Gustav Holst’s The Planets.” —Patrick Neas, The Kansas City Star

Read the full feature on KansasCity.com