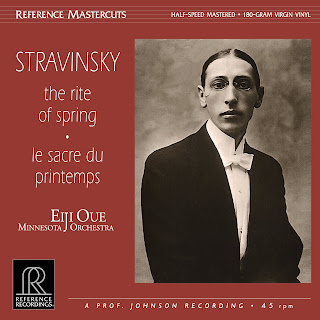 NEW! STRAVINSKY: THE RITE OF SPRING

The 1997 GRAMMY® nominated Minnesota Orchestra recording of Stravinsky’s The Rite of Spring is now available on LP!

“The Rite of Spring, The Firebird Suite and The Song of the Nightingale have never sounded more magical or more dynamic! This HDCD has more detail than any live performance I have attended. The orchestra and the hall sound simly glorious. Put it on, sit back, and be amazed!” —BOB LUDWIG, Stereo Review 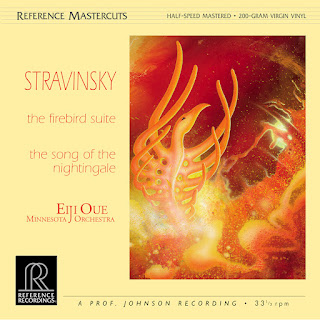 Stravinsky: The Firebird Suite/The Song of the Nightingale
RM-1502

*Half-speed Mastering involves a capturing process in which the original recording master is played back at exactly half of the recorded speed. A sequenced cutting lathe is then timed at exactly half of the playback speed. This process allows twice as much time to carve a groove that accurately represents the sound on the master tape. Half-speed mastering allows for cleaner reproduction and also permits extended high frequency response, extending into the ultrasonic region.