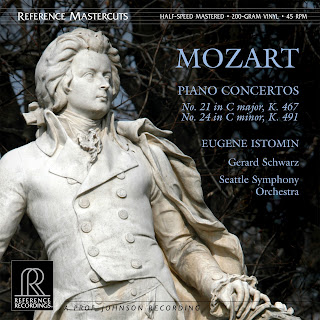 A legendary pianist! Inspired performances by one of America’s greatest musicians, with Gerard Schwarz conducting the Seattle Symphony Orchestra

Eugene Istomin’s illustrious career spanned some fifty years with over 4,000 orchestral concerts and recitals around the world. His performances of Mozart have been called “vigorous and full-bodied” by The Washington Post. He has collaborated with Gerard Schwarz on these concertos many times in the past. The Seattle Symphony has won two Grammy® awards and is often called “the most recorded orchestra in America”.