New Release – Horns for the Holidays 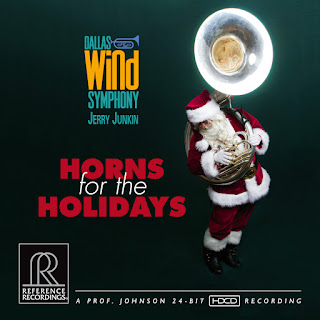 Now available in stores and online!

CONDUCTOR JERY JUNKIN is Artistic Director and Conductor of the Dallas Wind Symphony, as well as Director of Bands at the University of Texas at Austin, where he also holds the title of University Distinguished Teaching Professor.

Order RR-126 Direct from ReferenceRecordings.com and save!