Kansas City critic, Don Clark, released a “Bakers Dozen” of “Best Recordings of 2014” on Pictures on Silence, and featured two of our Kansas City-based recordings: 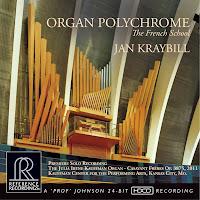 “A hallmark of a great concert hall is a great organ. Not used every day, but when a work requires an organ it is nice to have one around. The Casavant here is a fine “symphonic” organ and blends well with the orchestra. As a solo it is a fine instrument, especially under the control of Jan Kraybill, who oversees it and two other wonderful organs in Kansas City. Great, idiomatic performances of many of the French masters, including Widor (thankfully not the overdone “Toccata”), Vierne, Gigout, Guilmant, Franck, Alain… et al. Lease breaking sonics to boot.” 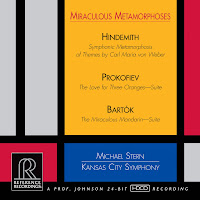 “Performances that can stand with the best of them and sonics that sound fabulous even on my computer speakers combine for another Reference Recordings/Kansas City Symphony “hit”. One also has to give the Kansas City Symphony, Reference Recordings and all involved great credit for daring to record major standard repertoire pieces that often have some very heady competition.”