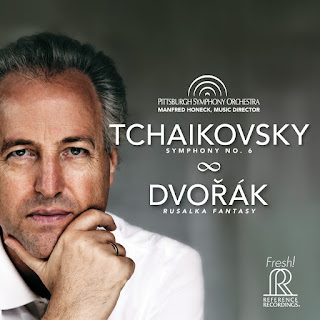 “Here is a symphony that has been recorded a great deal. Even conductors who don’t like Tchaikovsky have recorded it, probably because of the challenges it presents. So naturally there have been a great many routine performances under conductors who have no real feeling for it. Manfred Honeck is not among them. I don’t know him and have never seen him conduct, but for some reason he knows exactly what can be done—what must be done—with this great piece of music. Every tempo is appropriate; every phrase makes the maximum effect without any distortion. The parts perfectly add up to the whole, and nothing is episodic. lt is rich in feeling, but it is still music above all. The orchestra is gorgeous—to the point where you wonder how they maintain that glorious sound in our world. The strings are lush, and all the soloists are great. The overall feeling is the opposite of routine, as if everyone playing is feeling the pain. A critic just doesn’t expect something like this.… This is truly moving, no matter how often you have heard the music.…the sheer richness of such a great orchestra playing so beautifully is enough to bring me to tears.” —Donald Vroon, American Record Guide