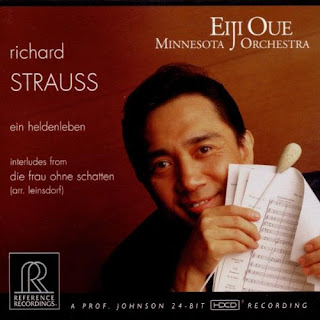 Audiophile critic Rad Bennett has a new review of an HDtracks download of our Minnesota Orchestra recording of Strauss’ Ein Heldenleben with Eiji Oue:

“… the orchestra covered itself in glory. Lush, detailed, exciting, and heroic are all words that come to mind to describe this performance. The download also included a suite of interludes from the opera Die Frau Ohne Schatten, which is awesome, dramatic, and romantic music we should hear more often! … Overall, my listening adventure…proved one thing to me, the Minnesota Orchestra is a national treasure. East coast snobs should listen to it more often and admit that it has earned its place in the ‘top five.’” —Rad Bennett

Read the full Review on www.radsreviews.com

See all of our Minnesota Orchestra Recordings 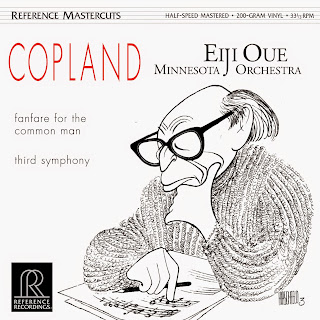 “…There has never been a stereo recording of Copland’s Third that approaches the concert-hall experience. Until now. This recording clearly has great value as a musical experience, but it also sets a new standard as a sonic showcase for a nearly impossible-to-record work.” —Arthur B. Lintgen, THE ABSOLUTE SOUND

“This is the best interpretation of the Copland Third in a generation, and the sound is Keith Johnson at his considerable best. That is to say, jaw-dropping and a revelation.” —Harry Pearson, THE ABSOLUTE SOUND (Also listed in HP’s Super CD List, Top 10)