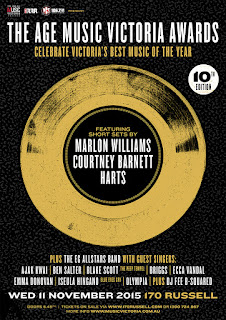 The Age Music Victoria Awards have announced their nominees for the best albums across 11 genres and Fiona Boyes’ Box & Dice is a Best Blues Album nominee!

An Awards committee from The Age and Music Victoria select a panel of 30+ industry judges from radio, music blogs, print media, record stores, festivals and more to submit a long list of up to 10 nominations in each category. These lists are then collated into a large voting survey and is distributed again to judges to vote.

The majority of the bands or performers producing the music must be current permanent residents of Victoria (Australia) and lived in Victoria for at least the last two years. The band’s / artist’s music must be available for sale in Victoria and the band / artist must perform in Victoria regularly.

Order from RR!
Order on Amazon.com
Listen on Apple Music
Listen on Spotify