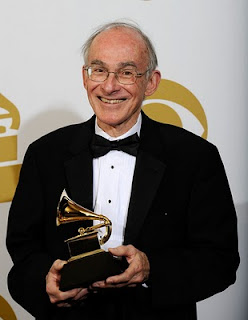 Stereophile Magazine recently republished a wonderful interview between Keith O. Johnson and J. Gordon Holt from the 1984 Winter CES in Las Vegas. Read the entertaining lead note from J. Gordon Holt below, and click the link to read the full interview (Note: The much-mentioned Däfos recording has been out of print for many years):

“ After a couple of scheduling foul-ups, I managed to corner Reference Recordings’ Keith O. Johnson at the 1984 Winter CES in Las Vegas for an interview. Trying to find a location in the Riviera Hotel that was quiet enough for a tape-recorded interview proved to be a problem until Keith suggested a vacant automobile parked next to the Acoustic Research room. (That’s right: Both the room and the car were in a vast hall.) The car was part of AR’s exhibit (it contained an AR auto-sound system) so we got permission from one of AR’s people to use it for the interview.

Three-quarters of the way through the interview, a group of men approached the car and peered rudely in through the window. I irritably explained that an interview was under way and instructed them to get lost, at which they all backed off, looking perplexed. Then it dawned on us: It was their car. We graciously vacated so they could lock it up for the night.”