What Critics said about the André Segovia Archive Vol. 1 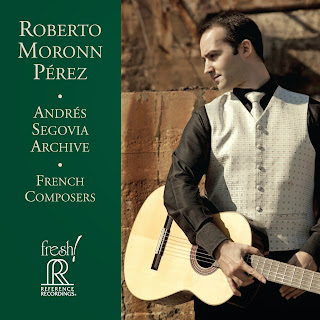 Have a look back at what critics were saying about the first volume of the André Segovia Archive by Roberto Moronn Pérez:

“Andrés Segovia is regarded as the savior of the classical guitar and its literature…Spanish-born Perez is an accomplished guitarist…outstanding recording…” —John Sunier, Audiophile Audition

“The music is simply magnificent…Perez is a fine, fine player who hand-picked these pieces himself, either because they were so rare or had limited visibility. His shadings are loving, his phrasings delicate yet also brimming with intensity when they need to. …this thought-provoking, expertly played tribute to a great artist is both touching and unexpected. Wholeheartedly recommended.” — Brian Wigman, Classical Net