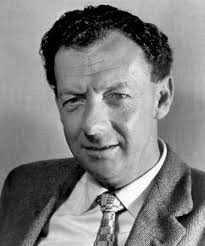 Well, in order to get you prepared for our upcoming Kansas City Release, we thought we would give you a little background information on Benjamin Britten. So, in good taste we are going to steal a bit from Wikipedia. To see the original Wikipedia source click HERE.

Britten was born in Lowestoft, Suffolk, the son of a dentist and a talented amateur musician. He showed musical gifts very early in life, and began composing prolifically as a child. He was educated at Old Buckenham Hall School in Suffolk, an all-boys prep school, and Gresham’s School, Holt. In 1927, he began private lessons with Frank Bridge; he also studied, less happily, at the Royal College of Music under John Ireland, with some input from Ralph Vaughan Williams. Although ultimately held back by his parents (at the suggestion of College staff), Britten had also intended to study with Alban Berg in Vienna. Britten was a prolific juvenile composer; some 800 works and fragments precede his early published works. His first compositions to attract wide attention, however, were the Sinfonietta Op. 1, “A Hymn to the Virgin” (1930) and a set of choral variations A Boy was Born, written in 1934 for the BBC Singers.