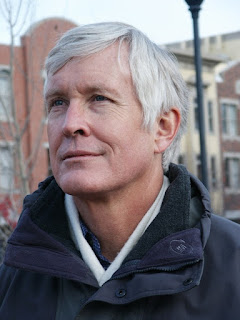 Composer Dan Welcher discusses the events that surrounded the writing of his work Spumante recorded by Jerry Junkin and the University of Texas Wind Ensemble’s upcoming release Wine Dark Sea:

“Like the Italian sparkling wine for which it is named, Spumante is designed for a celebration. It celebrates the opening of the 1998 season of the Boston Pops, and it also celebrates my own fiftieth year of life with a nostalgic look backward at a style of composition that was popular in the 1940s and ‘50s. Beginning with a pop and a burst of bubbles, the overture follows a course familiar to most concertgoers: two main themes, a development, and a restatement of both themes. What’s a bit unusual is that the second theme is the same as the first theme, only inside out, with a different rhythm and meter. This technique, called inversion, is as old as Bach, and was used extensively by Brahms and other late Romantics. But the style of Spumante pays homage to the kind of music that first caught my attention as a child: neoclassic American music by composers such as William Schuman, Vincent Persichetti, Samuel Barber, and Walter Piston. Spumante was commissioned by the Boston Pops and its conductor Keith Lockhart, and premiered in Symphony Hall, Boston, in May of 1998. My good friend and former student Paul Bissell created this transcription for band and it was premiered by the Dallas Wind Symphony in January of 2000.”