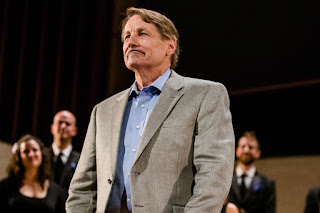 J’ai été au bal is a celebration of some of the popular/folk music styles of Louisiana— in particular Cajun music and the brass band tradition of New Orleans. The dance flavor of much of the music is suggested by the title (“I went to the dance”), and two traditional Cajun dance tunes are employed. The first appears near the beginning and later at the end. “Allons danser, Colinda” (“Let’s go dancing, Colinda”) is a boy’s attempt to coax Colinda to go dancing, and part of his argument is “it’s not everyone who knows how to dance the two-beat waltzes.” This touching little tune does work better in a syncopated two, but is usually represented in notation as 3+3+2. The second Cajun song is “Les flammes d’enfer” (“The flames of hell”), most often performed as a heavily- accented two-step. My version is much faster and lighter, and is introduced by a country-fiddle style tune. The brass band section begins with solo tuba, followed by a duet with the euphonium, and culminates in a full brass presentation.