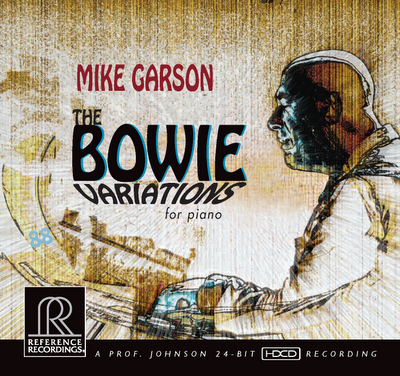 “Having immersed yourself in an album that purports to be an extension on assorted musical themes by rock composer David Bowie, you might be surprised to find yourself not thinking about Bowie at all. Albums of this nature sometimes function as glorified tributes, adding a dollop of original artistry to go along with artistry that has long existed. Pianist Mike Garson’s achievement, though, is to have created something that is quite nearly autonomous, save that it owes its inspiration to the good Mr. Stardust…We go from one vista to another, sans checkpoints and borders, which was Bowies preferred mode of music travel, as Garson well knows.” – Colin Fleming

Read the full review on JazzTimes.com!