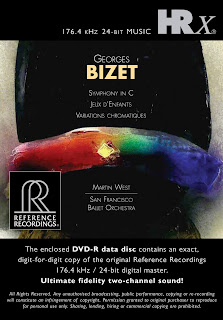 The “Symphony in C” is a delightful gem, composed in 1855. It was produced as a ballet choreographed by George Balanchine, and premiered at the San Francisco Ballet in 1961.