It’s Monday, February 15th, and we are celebrating President’s Day here at Reference Recordings! How does one celebrate President’s Day? Marches and parades, of course! So, to help you celebrate, we’re presenting the perfect album for the occasion – Marches I’ve Missed conducted by Frederick Fennell! 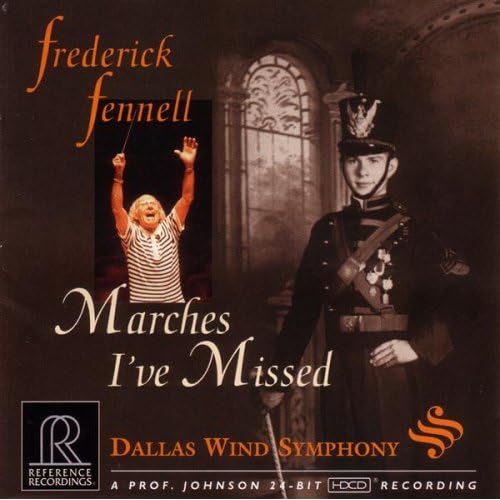 “Playing is excellent. For Fennell’s many admirers this disc is self-recommending. Anyone who does not detest marches should like it too.” — Robert McColley, FANFARE

“Perhaps most remarkable is the absolute rightness of his tempo choices: One can’t imagine one of these marches going even the slightest bit slower or faster. The Dallas ensemble plays superbly and the sound is phenomenal. We get the immediacuy and visceral excitement of Fennell’s Mercury recordings, the weight and atmosphere of the Cleveland Symphonic Wind performances on Telarc, plus a level of detail and ease of presentation that’s state-of-the-art.” — Andrew Quint, THE ABSOLUTE SOUND

Visit Reference Recordings to purchase this album in HDCD Format