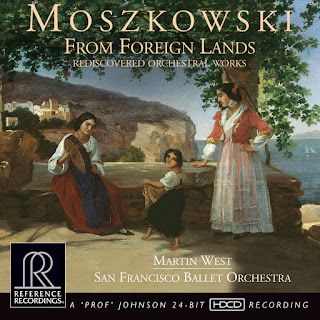 “These are memorable and melodious orchestral compositions which, especially in their full orchestra versions, seem much more than mere salon pieces from the 19th century. The opening Torch Dance is based on a tradition at some German weddings in a certain area of a dance with torches featured. The From Foreign Lands is a nearly half-hour suite which has been a San Francisco Ballet performance. This ballet orchestra is one of the leading ones in the world, and the excellent recording was made in the low-noise environment of Skywalker Sound with engineer Keith O. Johnson.…” —John Sunier, Audiophile Audition

See the Full Review on AudAud.com!