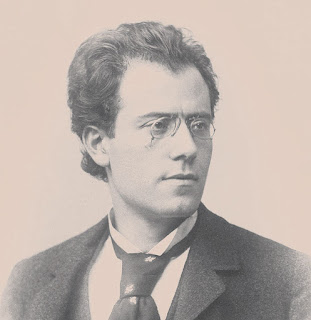 The work recorded here is, of course, known everywhere as Mahler’s First Symphony. That is not, however, what Mahler thought he was writing at the time, and it took him several years to decide quite what he had wrought (and, in the process, to drop one of the movements). Was this a symphony, or did it belong rather to that alternative, more modern category, the symphonic poem?

It was as an example of this latter type that the work was performed for the first time, on November 20, 1889, in Budapest, where Mahler had a post as opera conductor—though it was at the city’s main concert hall, the Vigadó, that he conducted his “Symphonic Poem.” At the next performance, in Hamburg four years later, the composition was billed as “Titan, a tone poem in symphony form,” becoming “Titan, symphony” the following year in Weimar, then finally and fully, reduced from five movements to the standard four, “Symphony in D major” in Berlin in 1896. By that time, Mahler had completed his Second Symphony and most of his Third; he knew what he was about.

Some of the ambiguity, however, remains. In a tradition going back through Liszt and Berlioz to Beethoven, this is a symphony that by no means discounts narrative, even though its composer was in two minds about how much of the story to reveal, and what story. “Titan,” the title the piece briefly acquired in 1893-4, to be often revived today, presents a conundrum, for at different times Mahler seems to have explained it either with reference to a novel of the same name by Jean-Paul or simply to stand for a strong heroic figure. Jean-Paul, a contemporary of Beethoven, was one of Schumann’s favorite authors, and the protagonist of his Titan is a man who flourishes by virtue of his natural gifts and good sense while others, obedient to doctrine (religious, social, political, philosophical), fall by the wayside. Of course, it is possible that there is no either-or here, that Mahler was attracted by the title without going very far into the book. And the same may be true of another Jean-Paul title, Blumen-, Frucht- und Dornenstücke, on which Mahler drew in naming the first part of his work for its 1893 performance “From Days of Youth: Flower, Fruit and Thorn Pieces.”

—From the liner notes by Paul Griffiths