What folks have said about Lloyd Jones 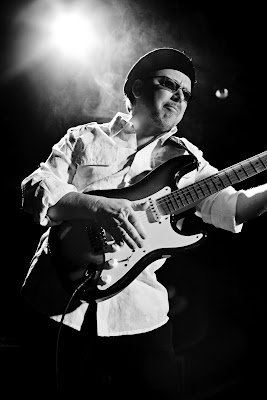 As we look forward to hearing what folks think of our new Lloyd Jones release, we thought it would be fun to start the weekend by seeing what folks have said about his releases in the past!

“This is Jones’ best album to date. The blues/R&B veteran is in top form – his guitar playing is incisive and efficient, and his singing is terrific. His songwriting, however, is probably the most impressive thing about Love Gotcha. Working with a solid group of sidemen, it seems like everything is within his grasp. A slow Chicago blues like “Old News” simmers admirably, flavored by a perfectly measured guitar solo, while the title track, another Jones original, is driving, funky R&B powered by a slick horn arrangement. Jones turns the old Brownie McGhee/Sonny Terry tune “Ride and Roll” into a swinging R&B blockbuster, and he throws down an equally potent interpretation of the classic blues number “Hurtin’ House,” which features a very tasty tenor sax solo from Renato Caranto. No matter how you look at it, this album shapes up as an outstanding project.” — Philip Van Vleck, All Music Guide

“He rocks with authority on the revved-up “Fools Gold” and the Sonny Terry-Brownie McGhee vehicle “Ride and Roll,” featuring husky vocal backing from Terry Evans. Jones pays a fitting homage to funk icon James Brown on “Nickels and Dimes” and smolders on an infectious Memphis-styled groove on the title track. Guitaristically, he passes the slow blues test on “Old News” and picks out some Piedmont stylings on the unaccompanied “Big Ol’ Shirt.” This talented journeyman has been carrying the blues torch since the early ’70s and is well deserving of wider recognition.” — Jazz Times

“Oh man, I love this guy. In ’95, Jones put out a wonderful CD called Trouble Monkey that featured his wonderfully smokey vocals and killer guitar on a number of tunes ranging from shuffles to funk. This CD repeats the formula, and it cooks…Jones’ singing and guitar playing set a standard any band could hold up as a goal to hit.

The band cooks all the way through.There is no let up. They’re based in the Portland area, so if they pass through your way, catch ’em. Lloyd is one of the real shining lights of the R&B scene.” — JH, Vintage Guitar 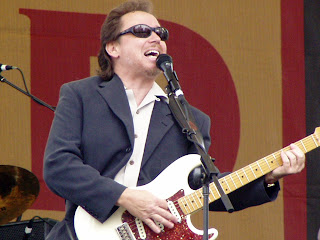 “Lloyd Jones brings a compelling mix of blues and funk to his new release. Jones has a husky voice suggestive of Delbert McClinton and, as a guitarist, occasionally suggests Guitar Slim with his slashing string popping.” – Jazz and Blues, Cleveland, OH

“Trouble Monkey is no copy cat; it’s Jones being Jones – and being very good at it.” – Marty Hughley, The Oregonian

“This funky disc is flawless from beginning to end.” – Baltimore Blues Society